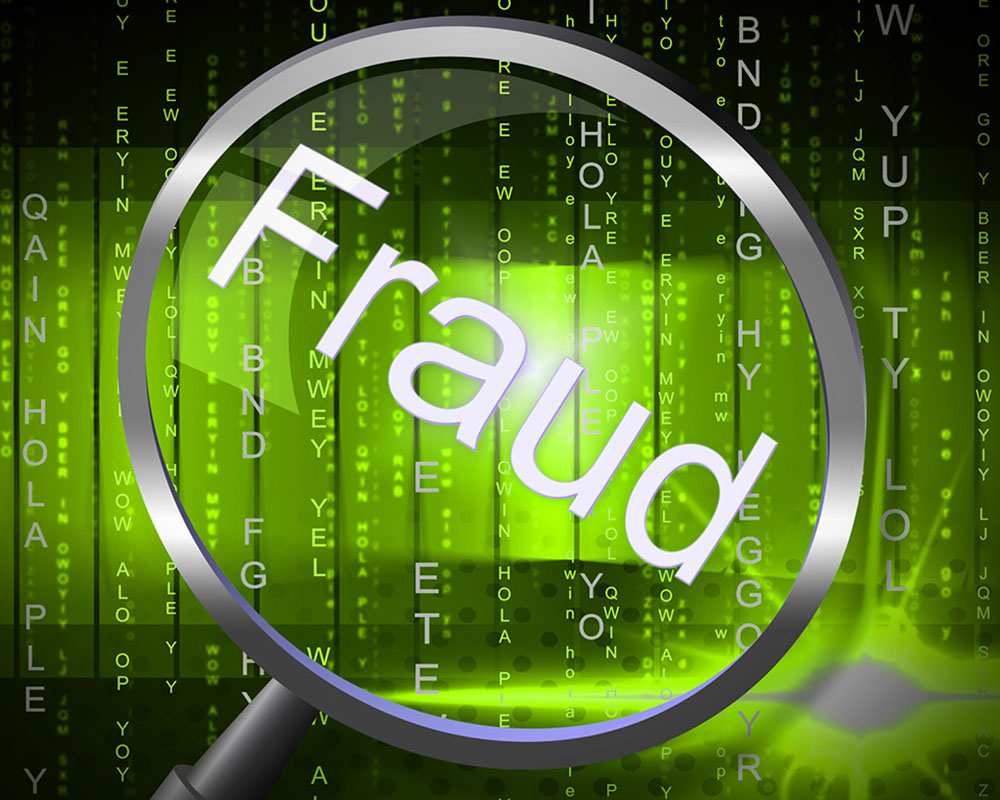 Fraud, extortion, blackmail, embezzlement, hustlers, scammers are all terms we’re familiar with. Fraud or deception has been around since the start of time, whether it be for financial gain, political power, territory gain, religious belief or personal gain.

Investors are always on the lookout for immediate returns and maximum earnings. Many high-return opportunities sometimes look too good to be true. The problem is sometimes they are and millions of smart and wealthy investors have fallen victim to some of these frauds.

Here are ten of the most creative, audacious and shameless con artists and scam merchants. I’m sure you’ll agree some of them may just have pulled the wool over your eyes too!

It is still disputed whether Cook did indeed conduct the fraud. It was one he struggled to prove either way. Furthermore, the fraud could have indeed been conducted by his rival Robert Peary. It was also one that didn’t involve money, rather male pride, which makes this scam rather intriguing.

Cook went into competition with Peary to be the first person to reach the North Pole. Cook claimed to have reached the North Pole first, having reach civilisation at Annoatok, he stored his journals and instrumentation for proof. Peary passed through later reaching the North Pole, however, challenged Cook to prove he had discovered the Pole. All of Cook’s journals had mysteriously disappeared so he couldn’t prove he’d been there, whilst Peary’s documentation whilst not perfect, appeared more reliable than Cooks.

Recent comparisons, however, appeared to suggest Cook’s description of the North Pole was more reliable than Peary’s. So one of the two was lying, the debate rumbles on as to who.

Ponzi from Parma, Italy arrived in Boston in 1903 without a cent to his name. He was responsible for one of the most renowned, yet simple frauds in history – the Ponzi Scheme, also known as the Pyramid Scheme. The genius nature of the scheme lies in its simplicity, so much so that the fraud has been replicated in many guises to the present day.

The scheme recruits investors with a promise of payments or services from enrolling into the scheme. The investing scam promises high rates of return with minimal risk to investors. The Ponzi scheme achieves returns for the early investors via the acquisition of new investors, who will essentially pay the early investors. As the number of new investors reduces, so does the amount of money to pay the previous investors. This is when the scheme becomes unsustainable and fizzles out, leaving the latest investors with no return.

Ponzi was arrested and charged with 86 counts of fraud and sentenced to 14 years imprisonment. He died penniless.

Hartzell was behind one of the most enterprising frauds, referred to as ‘The Sir Francis Drake Estate’ fraud. The scam targeted people with the surname ‘Drake’. Ironically he developed the idea from another scammer who attempted it on him!

The scam was based around the estate of Sir Francis Drake which was supposedly never paid out and in the hand of the British Government. Hartzell began searching for people with the surname Drake in Iowa in 1919, informing them as a distant relative, they potentially had a claim to Sir Drake’s estate. He was allegedly preparing a lawsuit to force the British Government to release the estate. He was asking for investment, where he promised returns of 500:1.

Drakes fell about themselves to be a part of the scheme, so much so that the scheme was extended across other US states. Hartzell moved to London to live in luxury in 1924 and hired salespeople to continue to get funds from other Drakes across the United States. He was eventually arrested and convicted of fraud in 1934. No one knows exactly how much he defrauded, but he continued to collect an additional US$500,000 whilst he was in prison!

Crowhurst fabricated a story in the Sunday Times Golden Globe Race. Crowhurst was a keen amateur sailor who built his own boat to take part in the race. The boat however performed badly in initial tests but he still decided to race it.

In a desperate bid to paint a picture of him sailing well, he fabricated false positions which suggested he was doing well in the race. As he floated in the Atlantic, the people back home were celebrating thinking he was going to win the race. Crowhurst however never made it back. His boat was found and his logs proved he was lying. His body however was never found.

A global scandal at the turn of the century. At one stage Enron was the 7th largest company in the US with a share price of US$90. Through some creative accountancy procedures, Enron managed to keep hundreds of millions worth of debt from its accountancy books. The fraud was done through shell companies which can be used illegitimately for tax avoidance or obtain forms of finance.

Once the scam was unravelled and the investigation started the share price plummeted to 70 cents and Enron collapsed, taking with it the 5th biggest accountancy firm with it, Arthur Anderson. The scam epitomised the phrase ‘cooking the books’.

Soon after the fiasco at Enron, another giant ‘Worldcom’ were also guilty of cooking the books. It was the biggest account scandal the US had seen and also resulted in one of the biggest bankruptcy and redundancy programmes.

This ultimately led to the tens of thousands of job losses and the collapse of the share price from US$60 to 20 cents.

Kazutsugi Nami, chairman of Tokyo based L&G Bedding company, was behind the biggest investment scam in Japan’s history. Whereas most scams on this scale defraud corporations or the wealthy, Nami’s scam preyed on the average person impacting 37,000 to the tune of $US1.4 billion.

The fraudster promised riches via a virtual currency called Enten. He promised annual returns of 36% which never materialised. Dividends began to be paid only in Enten and the company was declared bankrupt in 2007. Nami was sentenced to 18 years in prison.

Joseph Naccio CEO of Qwest Communications International masterminded a US$3 billion financial fraud scheme and whilst doing so inflated stock prices and guilty of insider trading. Nachio wrongly informed Wall Street that aggressive revenue targets would be achieved, whilst knowing it was heading for absolute catastrophe. He earned over $50 million in the process of selling stock.

He was convicted of 19 counts of insider trading and ordered to return the $52 million he earned in illegal stock trading, plus a $19 million fine and 6-year prison term.

Madoff masterminded one of the most recent and notorious forms of the Ponzi Scheme via his company, Madof Investment Securities LCC. It was the largest Ponzi scheme in history with prosecutors estimated the fraud to the value of US$64.8 billion.

Madoff offered modest but steady returns, initially to an exclusive clientele via high-end country clubs and establishments. Madof’s returns were around 10%, less than a typical Ponzi scheme of 20%, therefore not raising any alarm bells. Madoff’s strong reputation as a high-volume broker-dealer ensured the markets thought his trading was cutting edge, timed well and ahead of its time.

The scheme began to unravel at the same time as the general market downturn in 2008. Madoff struggled to keep the scheme afloat despite $500 million investment from one of his closest friends. It was his sons who eventually reported Madof to the federal authorities. It is estimated almost 5,000 of Madof’s clients were impacted.

British born Michael Woodford was sacked suddenly as chief executive of Olympus Corporation when he exposed one of the biggest and longest-running loss-hiding arrangements in Japanese corporate history.

The fraud involved Tobashi schemes which involve an investment firm hiding a client’s losses by moving them between other client portfolios. Japanese press speculated on connections with the Yakuzu, an organised Japanese crime syndicates. The fraud resulted in the concealment of US$1.5 billion worth of investments and wiped off 80% of the company’s stock market valuation. The blame was firmly placed on the former company president Tsuyoshi Kikukawa.