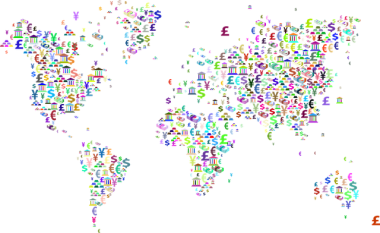 What is the Worldwide Disclosure Facility?

HMRC’s Worldwide Disclosure Facility (WDF) began on 5th September 2016 with a new requirement to correct directive on the 1 October 2018 toughening their approach. The WDF allows individuals to disclose any income and tax due on earnings both inside and outside of the UK. Over one hundred companies have signed up to the Development’s Common Reporting Standard (CRS) under the Organisation for Economic Co-operation and

It also covers any money on which tax remains unpaid which has been transferred to any territory other than the UK. If HMRC suspects that any of this income is as a result of criminal activity then the applicant may be excluded from taking part in the facility. When an applicant is already taking part in an enquiry they will be referred to the investigating officer who will decide whether they can take part. If the application is following an already closed enquiry then the penalties will be higher!

HMRC states that “If you’re unsure if you meet the eligibility criteria for the facility, you must seek professional advice”

After applying to use this facility and assuming you have been accepted you receive a unique Disclosure Reference Number (DRN). You have 90 days to gather the information and fill in the disclosure. This includes working out all income, tax, duty and penalty that may be due and making the submission.

Which Years Does The Worldwide Disclosure Facility Cover?

Higher penalties can be avoided by providing all of the information in a timely manner.  The benefit of using this facility is that HMRC does not publish your details, as long as everything is done correctly.

If the return is not complete and accurate or you refuse to cooperate fully then HMRC may:

The Digital Disclosure Service is on the. Gov website and it is that which must be used by you or more likely, your professional advisor to fill in the application.

Oddly, HMRC requires you to self-asses your behaviour! This determines the number of years required to disclose! Inaccurate disclosures may lead to a criminal investigation. Once again HMRC recommends obtaining professional advice should you have trouble with any part of this process.

Who can use the Worldwide Disclosure Facility?

What Are The Risks of Incomplete or Inaccurate Disclosures?

Do I Need To Make An Onshore Disclosure As Well?

Yes. The Worldwide Disclosure Facility requires you to disclose ALL income, wherever it was earned, including the UK, as well as offshore issues. The penalty for onshore gains may differ to that for offshore income. Both onshore and offshore liabilities will need to be calculated during the disclosure process.

How to Make Offshore Disclosures using the WDF

Individuals, companies and agents can notify HMRC by suing the DDS form.

If someone has passed away then an executor or representative can use the DDS form.

When you have informed HMRC you will be issued with a DRN. This must be used in all correspondence concerning the WDF. You will also be issued with a PRN which will enable you to make the payment.

What Are The Time Limits for Making A Disclosure Under The Worldwide Disclosure Facility?

You only have 90 days of receiving acknowledgement containing your DRN. If you cannot pay what is due on time then you need to agree on a schedule this with HMRC before making the disclosure. Contact us a soon as possible. These negotiations and complex and the consequences far-reaching. Speak to Kinsella Tax before you speak with HMRC.

HMRC is quite clear in stating that it is perfectly acceptable to have a bank account in another country as long as you disclose the income and gains on your UK tax return. They are getting much tougher and through international cooperation are sharing information to recover unpaid tax. They have left the door open for those needing to correct previous year’s declarations.

The ‘Requirement to Correct’ change lets HMRC chase payment of tax on the income and assets held offshore. Section 67 and Schedule 18 of the Finance (No.2) Act 2017 contain the relatively new piece of legislation. This offers a way to correct information previously been submitted to HMRC.

Had a Letter About An Account or Assets Held Offshore?

You may have had a letter if you have offshore assets where you have not paid the tax. It is always advantageous to declare before you receive a letter. The letter means that HMRC is chasing you, giving them the upper hand. By making a declaration beforehand you avoid higher penalties and a whole load of hassle.

If any of these apply to you then you need to make an Offshore Disclosure to HMRC. If you are a resident of the United Kingdom, it is your legal obligation to declare income you receive from these assets. When you make a disclosure will get you a lower penalty than waiting for an investigation. In September 2016 HMRC opened a scheme called The Worldwide Disclosure Facility. In October 2018 new sanctions were introduced under the above Requirement To Correct. If you have not yet disclosed then the benefits of doing so before this date have now expired but you still need to make a declaration!

Note that HMRC states the following:

“If you’re unsure if you meet the eligibility criteria for the facility, you must seek professional advice.” – That’s where we come in!

What do I do next?

Meet one of our specialists. Bring as much paperwork with you as you can so we can see what types of disclosure is best for you.

3. KinsellaTax Contacts HMRC and deals with your Worldwide Offshore Disclosure

We contact HMRC and advise them you are making a disclosure. This may stop HMRC from opening an investigation. This takes on average 28 days and we will contact you as soon as we have a response from HMRC on your disclosure.

4. We Calculate your Tax and Negotiate your Penalty

We calculate exactly how much income you have earned and need to declare on your disclosure. From there we work out how much additional tax you owe HMRC. Kinsella negotiates your penalty, which could be as high as 200% of the tax due without our negotiation.

5. You Pay the Agreed Fair Settlement with HMRC

Once we agree on a fair settlement with HMRC through your disclosure, you pay the outstanding tax due, with interest and penalties, walking away happy!

Mrs B from Liverpool made an offshore disclosure to HMRC with KinsellaTax and said this of her experience:-

“My sincere thanks to Kevin and Dominic at KinsellaTax. The fear of an intrusive tax investigation by HMRC frankly left me cold & frightened. My health had deteriorated to the point where I simply would not function anymore. I was totally unaware of how painless the process of making a disclosure to HMRC would be & will forever be thankful for the day that I picked up the telephone to KinsellaTax”

You still have to disclose. The longer you leave it the harsher the terms offered by the HMRC.