At the end of any HMRC investigation, if you are found to owe additional tax then you will be liable for a penalty. 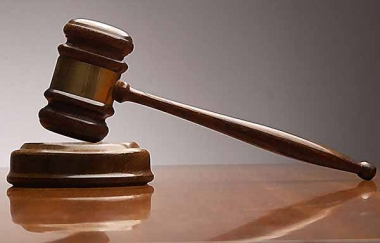 Penalties in the UK for tax evasion can be anything up to 200% of the total tax due.

KinsellaTax has years of experience in dealing with investigations and negotiating a reduced penalty for our clients.

If you are under investigation by HMRC you NEED to get professional help straight away to avoid a large tax evasion fine.

Penalties will not go away so the time to act is NOW.

HMRC will look at the reasons why tax has been underpaid and how much is due. This determines your penalty liability.

This will fall into one of four categories:

If you have made a genuine mistake which has resulted in an underpayment of tax, HMRC will see these as innocent errors and so will treat them as such.

There may not be an HMRC penalty for innocent errors. Your adviser must prove that the error was innocent and uncharacteristic.

If a taxpayer makes a careless mistake such as failing to complete part of a tax return, forgetting to fill out a supplementary page of a return or not declaring part of their income. HMRC sees this as a failure to take reasonable care.

This would not include basic arithmetic errors.

HMRC investigation regards failure to take reasonable care as a moderate offence. The resulting tax penalty could, therefore, be up to 30% of the tax due.

HMRC regards a deliberate understatement of tax as a serious offence regarding it as tax evasion or more seriously, tax fraud!

This is when a taxpayer knowingly and purposely omits information (or income) from their tax return for their financial benefit.

This would also apply if a taxpayer were to knowingly over-exaggerate expenses or allowances to benefit them.

The above acts as tax fraud and as such would be liable for a tax evasion penalty of up to 70%.

Punishment For Not Declaring Income

The most severe tax evasion UK penalties that can be charged are for deliberately misleading HMRC when completing a tax return and then taking steps to hide or attempt to hide the fraud.

Have you destroyed relevant documents and moved money to secret bank accounts, created or amended false contracts or invoices?

This type of fraud is taken very seriously and can result in a penalty of up to 200% of the tax due.

HMRC enquiries can cost thousands of pounds because of the penalties that HMRC can charge so you need specialised experience and committed advice that KinsellaTax brings.

Penalties for Failure To Disclose a Scheme To HMRC

If you are involved in a tax avoidance scheme then you have just 5 days from the day the scheme was implemented declare to the Revenue. initially, HMRC penalties are up to £600 a day. You may have to pay up to £1 million If they deem this to be an insufficient deterrent!

Employers may need to pay a penalty of up to £5000 for each employee which is not included in the end of year report – plus a further £600 a for every further day they are not reported.

How much are HMRC tax penalties?

Tax evasion penalties can range up to 100% on normal investigations and up to 150-200% of the culpable tax, this is what HMRC says is payable as a result of their enquiry.

There are several factors that influence the size of the potential HMRC penalty.

The main factor that can influence penalties is an experienced negotiator, one who is fully aware of HMRC procedures and knows exactly how to deal with an investigation into your affairs.

Our team comprises of ex-Inland Revenue staff and ex-Customs and Excise staff, fully experienced in dealing with HMRC penalties and negotiations.

Step 1 – Click here to submit an online enquiry form or pick up the phone and ring 0800 471 4546 to speak to one of our penalties specialists.

Step 2 – Come and meet with your personal investigation specialist who will discuss the best way forward. You need to bring as much paperwork with you so we have the whole picture as to what your case is about.

You will need to sign an HMRC authority form called a 64-8. This is your permission for HMRC to discuss your case and liaise with us.

Step 3 – We will contact HMRC on your behalf to find out why they think you owe tax. This normally takes around 21 days and we will call you back as soon as we hear anything and send you copies of any correspondence with HMRC so you are up to speed.

Step 4 – Once we have a full breakdown of why HMRC think you owe additional tax we can put our arguments to HMRC. We will agree on the liabilities due and negotiate fair penalties; these penalties depend on your co-operation through an investigation. We will always co-operate fully with HMRC, giving you lower penalties!

Step 5 – Once a fair settlement has been agreed you will pay HMRC the tax due (along with interest and penalties) and go on to enjoy your life without the hassle of an HMRC investigation hanging over your shoulders any more.

Tax evasion sentence – A summary conviction can be for £5000 or six months in jail. The maximum sentence for tax evasion in the UK is seven years and an unlimited fine.

Providing false documentation to HMRC – a summary conviction or via a magistrates court. The maximum UK penalty is a fine for up to £20,000 or a six months prison sentence.

We have helped ALL of our clients get reduced penalties. None of our clients has ever had the maximum HMRC penalties imposed upon them. 100%, the normal charge, and where it involves overseas monies it can be 150-200%.

“Just to say a massive thank you to you, and to KinsellaTax for your professional approach and expertise, but more importantly for your ongoing support and reassurance through what has been a long and stressful process.

I felt out of my depth for most of the enquiry but your excellent communication throughout has made sure I have known what was happening at every step of the process.

I am certain that the positive outcome of this case was due to your knowledge, experience and expert handling of this particular case, and for that, I’m utterly grateful.”

If you receive a letter from HMRC and any tax is found to be due, a penalty will be incurred.

KinsellaTax negotiates on our client’s behalf to reduce your HMRC penalty. We ensure that HMRC treats you fairly in every step of the investigation process.

An HMRC tax evasion UK penalty can range from 10% up to 200% of the culpable tax. That is, the tax that HMRC says is payable as a result of their enquiry.

In conclusion, there are several factors that have an influence on the actual tax penalty charged by HMRC. Are you a tax cheat?

The main factor influencing HMRC penalties is an experienced negotiator. One who is fully aware of procedures and knows exactly how to deal HMRC.

KinsellaTax comprises of fully experienced ex-Revenue staff and ex-Customs and Excise staff. They have a mass of experience in dealing with HMRC tax penalties and negotiations

Give KinsellaTax a call on 0800 471 4546 and find out how we can lower your HMRC tax penalty. We are experts in the Tax Investigation process so call us today!