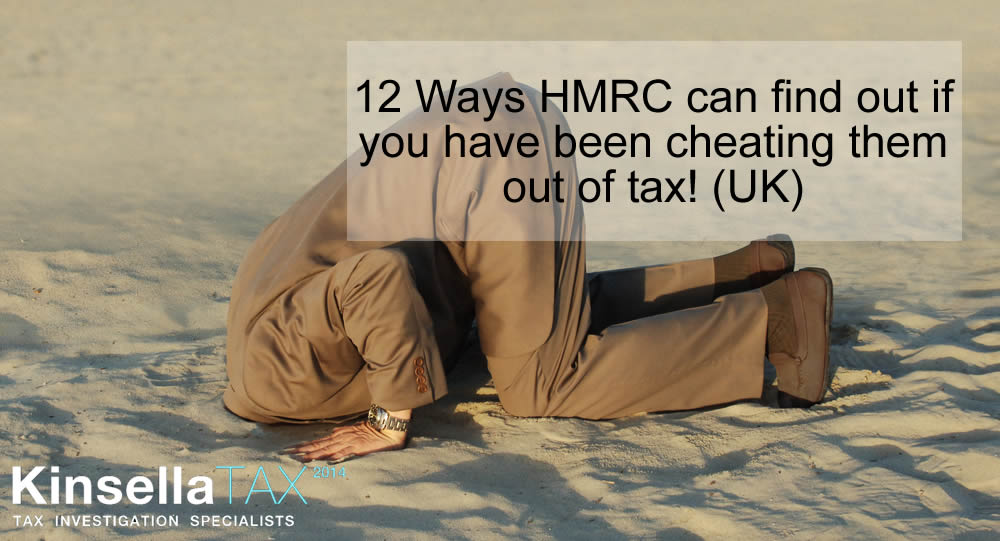 12 Ways HMRC Can Tell If You Have Been Cheating Them Out Of Tax!

12 Ways HMRC can Catch You Out

HMRC area canny lot. They have a nose for sniffing out a tax cheat. So how do they do it? Here we present 12 ways in which The Revenue might find out that you have been cheating them out of tax.

It is fair to say that the risk of being ‘found out’ as a tax cheat is higher than ever! Any of the above activities could brand you a tax cheat! Our advice? Don’t stick your head in the sand!

If this article has left you somewhat uncomfortable. If you are in the remotest way worried about something you may have done in the past that may be discovered by HMRC then give us a call on 0800 471 4546 We are tax experts and can represent you in the trickiest of spots. Speak to us before you speak to them!