Have you received a Criminal Investigation letter from HMRC?

Make no mistake, if HMRC proceeds with a criminal tax investigation they want you to go to prison. These investigations by HMRC are stepping up since the incorporation of the Revenue & Customs Prosecution Office and the Crown Prosecution Service in 2010. 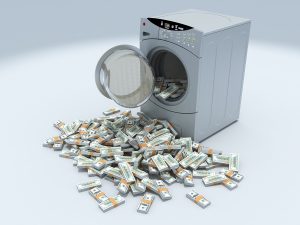 HMRC have recently refined their process whereby they will send out a letter inviting a taxpayer to attend a voluntary interview with HMRC under caution, you will be interviewed under PACE (Police and Criminal Evidence Act 1984).

You will be interviewed and cautioned by a HMRC Inspector who is experienced in dealing with these type of investigations.

We have dealt with an increasing number of investigations which have started off with this seemingly innocent and almost friendly letter.

We have procedures in place whereby should you be invited to attend one of these interviews or in circumstances you are arrested by HMRC, we would arrange for a barrister or solicitor to represent you and be with you at any interview.

But do not be fooled. You could face a lengthy sentence in prison.

Call us now on 0800 471 4546 to find out how KinsellaTax can help save your business, your family life and most importantly, your sanity during a criminal tax prosecution case.

Any comments you make at all – could be, and would be – used as evidence against you should HMRC think they have a sufficient case to prosecute.

We have never had a client prosecuted and in fact saved a client who was faced with a criminal investigation from prosecution.

“When the letter came through the door I rang everyone to find out who knew about it. That all stopped when I rang KinsellaTax. Kev and Alex got me through a terrible time; saved my career, a possible prison sentence and my health. Thanks lads. I don’t know what to say.”

The end result was that the investigation was not pursued and the client was able to pursue their career.

Criminal Tax Investigations are serious and time should not be wasted.

If you receive a Criminal Investigation letter from HMRC call KinsellaTax and speak to one of the team TODAY.

If you receive a Section 144 notice from HM Revenue and Customs and are under Criminal Tax Investigation don’t waste any time. Call KinsellaTax IMMEDIATELY on 0800 471 4546.

If you don’t, you could end up in prison!

Lord Grabiner QC was asked by the Chancellor of the Exchequer in November 1999 to look into the black economy. Lord Grabiner’s report brought about regulations added to the 2000 finance bill, which essentially became the basis for a new criminal procedure by the Inland Revenue.

Part of the preliminary report said that there were too few criminal tax prosecutions and he felt that the revenue only prosecuted larger enquries cases and were willing to come to a settlement with, what they regard as smaller cases.

KinsellaTax has vast amounts of experience in negotiating with HMRC and turning intended criminal tax prosecutions into cash settlements.

The actual recommendation at the time of the report reads:

“I recommend creating a specific statutory offence of knowingly failing to meet basic tax obligations, which could be tried in a magistrate’s court rather than a crown court, this could be based on offences of fraudulent evasion that exists for VAT and national insurance contributions”

Grabiner then went on to discuss the possibility of joint criminal tax prosecutions following a joint investigation and now that, with the merger of HM Customs and the Inland Revenue and HM Revenue & Customs, has become reality.

Our criminal tax investigation consultants have acted as witnesses in a number of criminal tax prosecutions and have been able to assist solicitors by bringing our expertise and experience in tax fraud by:-

Our experience and expertise in into investigation regulations and procedures has proved invaluable in a number of criminal tax prosecution cases, in which we have been instructed as experts to challenge a demand or claim made by HMRC against innocent parties as a result of the fraudulent or illegal diversion of duty free goods by others.

How Criminal Investigation Work is Organised

HMRC is responsible for investigating crime involving all of the taxes and other regimes it deals with.  It is not responsible for criminal prosecutions.  The decision whether to bring a criminal prosecution is made by an independent prosecuting authority.  In England and Wales this is the Revenue and Customs Prosecutions Office (RCPO).  In Northern Ireland it is the Public Prosecution Service for Northern Ireland.  In Scotland it is the Crown Office and Procurator Fiscal Service.

Four directorates in HMRC have staff authorised to use criminal investigation powers:-

This directorate is responsible for most criminal investigations and the guidance deals mainly with their work.

This directorate is responsible for detecting individuals and organisations who try to evade HMRC controls both at the border and inland and disrupting their activities.  If the activity uncovered merits criminal investigation, Detection will (depending on the nature of the offence) hand over responsibility for the investigation to HMRC’s Criminal Investigation Directorate, the Serious and Organised Crime Agency or an appropriate police force.  Detection uses the criminal investigation powers where appropriate alongside powers available in other legislation such as the Customs and Excise Management Act 1979.

The Risk and Intelligence directorate is responsible for profiling and intelligence work.  It requires the use of criminal investigative powers as part of its criminal intelligence and case development role.

A separate directorate in HMRC, Criminal Justice and Enforcement Standards, is responsible for maintaining professional standards of criminal investigation in HMRC.  Its role is to ensure compliance with the many safeguards that are built into legislation and associated Codes of Practice.

Call us now on 0800 471 4546 to find out how KinsellaTax can help save your business, your family life and most importantly, your sanity during a criminal tax prosecution case.