Have You Entered Into A Tax Avoidance scheme?

There is a big difference between tax fraud & evasion and Tax Avoidance. The first two are illegal and involve misleading HMRC about what tax is due. The latter involves using tax avoidance schemes to avoid paying too much tax.

Although tax avoidance is the legal structuring of affairs, if HMRC comes across a scheme, they will work at shutting it down and re-claiming any tax lost to them. 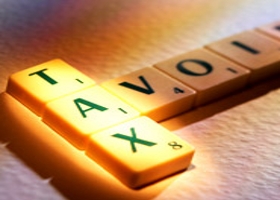 Code of Practice 8 investigations look into accusations of avoiding tax with the view to claw back any monies lost to the Exchequer.

If you have used or are using a scheme to avoid paying tax a whether you consider it a legal tax avoidance scheme or not, you should ring one of our specialists NOW.

If HMRC believes you have taken part in a tax avoidance scheme they may issue you with an Accelerated Payment Notice. If this is the case then call us straight away. We are experts in dealing with HMRC so speak to us before you speak to them.

The Anti-Avoidance Group at HMRC will close down ‘legal’ loopholes and pass any information they have about people using these schemes onto their specialist department.

If you have taken part in a scheme, Specialist Investigations may conduct a serious investigation into your affairs which Could end in a criminal prosecution.

Inheritance tax is due when a person’s estate, including their property, possessions and money, is worth more than £325,000 when they die. It is generally the responsibility of the executor or administrator of the deceased person’s will to pay any tax. This will be at a rate of 40% taken from the person’s estate.

However, in order to avoid this, a number of complex schemes were created such as the home loan and double trust schemes.

For example, The homeowner would sell their property to a trust and leave the proceeds of the sale outstanding as a loan, they would then gift the loan to the second trust. Generally, the beneficiaries of the second trust would be the homeowner’s children, which allowed for the continued occupation of the family home but removed it from the IHT estate.

HMRC are now looking into these types of schemes as tax avoidance and open enquiries into those they believe are doing this purely to avoid paying tax.

Do you want to end up in prison for avoiding tax? If your answer is ‘NO’, you NEED to get professional help NOW.

If you use, arrange or promote schemes which are designed to give a National Insurance or tax advantage, you might need to tell HMRC by making a tax avoidance scheme disclosure or DOTA. If you are involved in one of these schemes and you do not tell don’t tell HMRC then you may be liable to a penalty.

There are three types of regime:

If you are implicated in an avoidance scheme call us NOW on 0800 471 4546 to speak to one of our dedicated specialists. Whatever you do DO NOT contact HMRC about your Tax Avoidance case without speaking to one of our specialist advisors first. They will record your call and use it in evidence against you at a later date. We are experts in dealing with HMRC so don’t fall in to the trap – let us hold your hand in any negotiations!