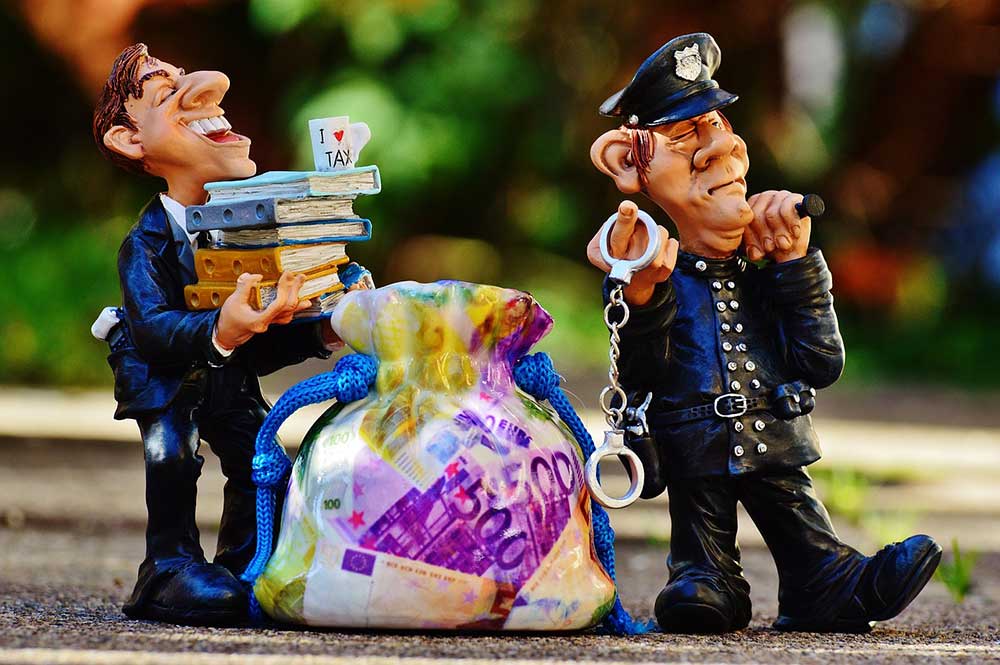 Here we look at our favourite 10 taxes over the course of time. “Nothing is certain but death and taxes” is a quote that’s been uttered by several authors, or words to that effect. The first was Daniel Defoe in the ‘Political History of the Devil’ in 1726. His quote was ‘Things as certain as death and taxes, can be more firmly believed.’ Benjamin Franklin in 1817 followed this up with the famous quote that has stuck – “In this world, nothing can be said to be certain, except death and taxes’.

Tax has been around for thousands of years. The first known tax took place in approximately 6000 BC in the ancient state of Lagash, now known as modern-day Iraq. Tax was paid in the form of clay tablets. Since then there have been many weird and wonderful taxes, from Ancient Roman times to the present day. Here are ten of our favourite, weird and wonderful taxes.

Introduced in 1696 across England and Wales under the rule of King William III. It was introduced to impose tax relative to the riches of the taxpayer, without the controversy that was associated with the concept of income tax. This inevitably led to many houses having fewer windows added, or windows simply being bricked up! This eventually became a health problem with the lack of indoor lighting and helped coin the phrase used today ‘day-light robbery.

The Urine Tax – ‘Money does not stink’

The wee tax was first introduced by Emperor Nero in the 1st century AD. Urine was a valuable commodity so the Romans levied a tax on the acquirement of wee. This resulted in the Latin phrase Pecunia non olet or ‘Money does not stink’.

China makes an astonishing 45 billion pairs of disposable chopsticks – equivalent to approximately 25 million trees. In 2006 they introduced a 5% tax on disposable wooden chopsticks to preserve shrinking rainforests and encourage people to eat with reusable chopsticks, instead of traditional ones.

The Metabo Law in Japan requires people aged between 40 and 75 to have their waist measured every year. If their waistline exceeds 85cm for men and 90cm for women they must pay a fine! The aim was to reduce obesity rates and illnesses such as diabetes and strokes.

Emperor Peter the Great placed a tax on facial hair, in an attempt to make the Russian male population more akin, to their Western European counterparts. Men who chose to keep their facial hair had to pay a tax and were given a token as proof of payment, which they had to show if asked.

Henry VIII also started a similar tax in Tudor England. The amount of tax payable was increased based on the man’s standing in society.

Some people say you can’t put a price on style but that was certainly the case in eighteenth-century in England. The English Government introduced the tax which ran from 1784 to 1811 and was intended to raise revenue, relative to each person’s wealth. The rich were considered to have a large number of expensive hats, whilst the poor had none at all.

Each hat was required to have a revenue stamp in it’s lining and the tax would be based on this. A simple flat cap would cost threepence, whereas top hats demanded a 2-shilling tax.

Heavy fines were dealt out to anyone who didn’t pay the right tax. The death penalty was given to people who forged their hat-tax revenue stamps, a little harsh maybe!

Introduced by King George III in 1784 to help fund the wars in the Americas. Bricks were taxed by the thousand so the canny brick manufacturers decided to increase the size of the bricks. The level of taxation was raised regularly putting minor brick producers out of business and forcing some areas to return to the use of timber construction.

Another strange tax introduced in 1712 during the reign of Queen Anne. The tax was applied on patterned, painted or printed wallpaper. The tax was circumvented by buying paper that wasn’t taxed and drawing over it in stencils. The tax lasted for over a century until 1836.

In 1795 England levied a tax on hair powders that people put on their wigs. They did, however, apply exemptions including the Royal Family, clergymen and mariners amongst others. The tax led to a big decline in the popularity of wigs.

In the 19th century certain women in India were required to pay tax should they wish to cover their breasts in public. It was known as the ‘Mulakkaram’ tax and was imposed on the lower caste and untouchable Hindu women. The same applied to lower caste men if they exposed their heads.

Tax collectors would visit every house and collect breast tax from any women once they passed the age of puberty. It led to an extraordinary act of rebellion when a lady called Nangela refused to comply and cut off her own breasts, handing them to the tax collector. She unfortunately died but the tax was soon abolished.

Can you add to our Favourite 10 Taxes?

If you know of any weird and wonderful taxes that we can add to our top Favourite 10 Taxes, be sure to let us know.