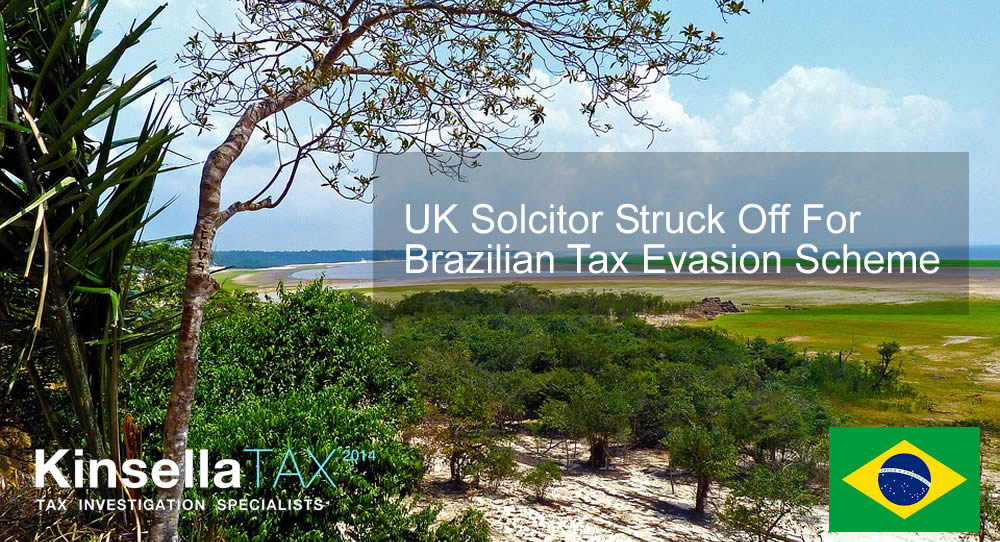 We have posted about the culpability of professional organisations such as banks, accountants and solicitors being complicit in their clients’ tax evasion under new money laundering powers.

A new case has just been published where a solicitor, Rodney Whiston-Dew was jailed for 10 years and struck from the roll for actively taking part in a deception. He, along with four co-defendants being convicted in November 2017 for acting with “intent to prejudice or defraud” HMRC.

The solicitor helped high net worth individuals to invest in what according to the judge was a ‘sophisticated and fraudulent’ tax evasion scheme over a period of three years. The scheme involved an alleged investment scheme which supported a reforestation project in Brazil. The scheme enabled certain high net-worth individuals to claim tax relief on other steams of income.

The sums were staggering. £269.8 of alleged expenditure with tax relief claimed on it. This is in spite of only £64.6m being invested in the scheme! Apparently, just £16m had found its way into the project, with  £23.5m being given to all five defendants through Swiss bank accounts and on to various trusts that Whiston-Dew had set up.

The solicitor is appealing, claiming that the judge did not state correctly his involvement in the scheme. His plea was not accepted by the Solicitor’s Regulation Authority.

Whiston-Dew added: ‘Whatever actions I took would be taken every day in practice by major English law firms in advising on tax efficient structures. Just as it was my duty, it is the lawyer’s duty to act in the best interests of his/her client, sometimes at the risk of upsetting HMRC, who are programmed to deem any tax avoidance scheme to be aggressive.’

Whilst Whiston-Dew believed that what he was doing was an everyday occurrence and that ‘every big firm does it’, it was not accepted by the SRA or the judge and he was duly struck off!