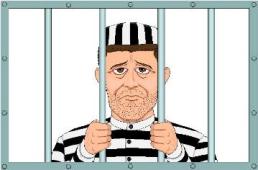 Lincoln Crown Court heard that Ede had sold trademarks from one of his companies, UK Soap Co Ltd, to Alpha Canis Ltd without paying VAT but had Alpha Canis Ltd reclaimed VAT on the same transactions.

Although Ede denied the three charges of fraudulently claiming VAT repayments after selling trademarks from one and claimed he thought he was had acted “wholly legitimately”, the jury didn’t believe him and he was found guilty following a trial.

Stephen Maxwell, an IT Consultant from Dalbeattie, who was jailed for five years earlier this year in May after failing to pay almost £600,000 in tax, is now facing a Proceeds of Crime hearing.

HMRC described it at the time as a “case of deliberate and systematic fraud” and as such are hoping to claw back some of the lost revenue.

A hearing date has been set for 20th December 2012 where it is expected that Maxwell will have assets confiscated.

Dundee businessman Shahid Ramzan is currently undergoing a trial at the High Court in Edinburgh after allegedly using a scam to siphon off millions of pounds in VAT.

Charged under the Proceeds of Crime Act, Ramzan is accused of illegally transferring £115m from Scotland by using a missing trader intra community fraud. He is also accused of another charge of failing to pay £6m in VAT.

Ramzan denies the charges and the trial before Lord Brailsford is expected to last around three months.