It’s not the first time that football players have been in the news about their tax affairs. It has now been revealed that more than 170 professional footballers are being actively investigated by HMRC over their tax affairs.

During the 2015 to 2016 years, HMRC has recovered more than £330m in lost tax from football. The new moves are seen as a move by the revenue to home in on the industry that creates so much wealth amongst some of the most highly paid sports stars in the world.

Each one of the 171 players involved is under a special tax investigation. This could yield a significant sum for the Government. It is also in sharp contrast to the situation a year ago when only 90 players were being investigated over their tax affairs.

A spokesman for HMRC said:

“HMRC is currently making enquiries into 171 footballers, 44 football clubs and 31 agents for a range of issues, including image rights. We carefully scrutinise the individual arrangements between football clubs and their players to make sure the right tax is being paid. HMRC rigorously enforces the rules and has brought in £332m in extra tax by tackling non-compliance in the football industry.” 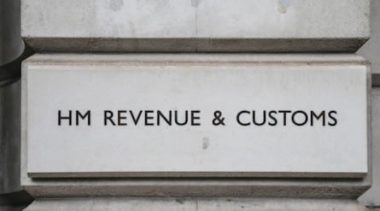 They went on to say:

“HMRC’s focus on the football industry has been sharpened since a 2017 House of Commons report. It concluded that tax avoidance in the sport was becoming widespread. Players need to be careful as investigations can be hugely damaging both financially and reputationally. Handled correctly, image rights companies can form part of a responsible tax plan. However, the tendency of some to push the boundaries has led to HMRC paying close attention to these structures.”

It is clear that these players continue to exploit all the loopholes available to them. Not all of which are strictly above board, hence the ongoing and increasing investigations.

If you are involved in such a tax avoidance scheme, then speak to us before you speak to the revenue.

Contact KinsellaTax, do not – we repeat DO NOT – contact them directly! Anything you say to them will be recorded and may be used in evidence against you at a later date.