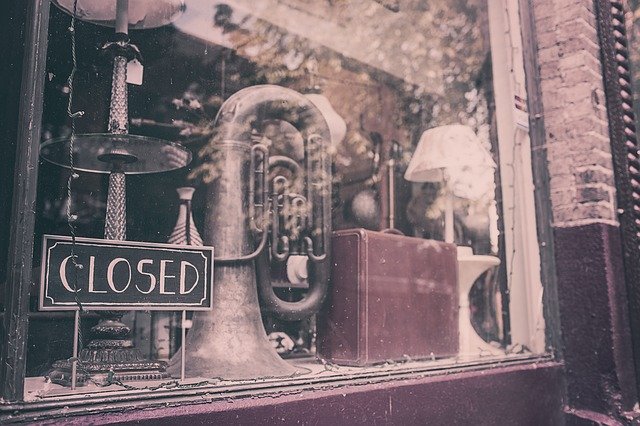 Online Sales Tax and the Demise of the UK High Street

With the 2021 Budget edging nearer, the UK Treasury are looking at a number of ways the Government can plug the financial gap brought about by COVID, including an online sales tax. The Budget is set for 3rd March 2021 and is one of the most eagerly anticipated Budgets in a generation. Although it is too soon to make drastic changes to the UK Tax System, there is expectation the UK Chancellor Rishi Sunak will begin to make small changes to UK Taxes.

One area Sunak is rumoured to target is the firms who have profited considerably from COVID. This included the likes of Amazon and many online giants. Treasury officials have allegedly summoned large online retailers and tech firms to a meeting to discuss how an online sales tax may work.

The growth of online has had an impact on the UK High Street. Here we look at how the High Street has been impacted and what an online sales tax might look like.

The Demise of the UK High Street

The beloved UK High Street has been in decline for a number of years. High street retailers across the UK were already facing huge challenges at the start of 2020. This was before COVID hit. Nobody could have predicted the level of turmoil that was ahead. The COVID pandemic has resulted in social distancing, very few tourists to the UK and ongoing lockdown measures. This has resulted in a large number of retail job losses, closed stores and restructuring efforts for retailers to survive. For many retailers, these measures haven’t been enough and they have been plunged into administration.

Many administration deals are being done for some of the largest UK retailers which don’t include their High Street stores. Boohoo have purchased some of the biggest brands from the Arcadia Group including Top Shop, Miss Selfridge, Topman, Dorothy Perkins, Burton and Wallis. Despite many of these having a huge presence on the High Street, the deal only includes the online arms of these businesses.  It doesn’t include the 200+ shops which will now permanently close.  Not only will this leave a dent on the high street, it also puts up to 2,500 jobs at risk.

Biggest Retailers To Disappear from the High Street in 2020

A staple of the UK High Street, founded in 1916 by Selim Zilha and Sir James Goldsmith. At its peak, Mothercare had 150 stores so. The demise of the retailer cost 2,500 jobs.

Formal menswear retailer struggled after the pandemic struck. All 66 shops were closed in 2020 with the loss of 600 jobs.

Fashion designer Kidston began her chain by selling vintage fabrics and finds from car boot sales. Following struggles after lockdown in April, it closed all 60 UK stores resulting in a loss of 900 jobs.

Sweeney opened his first store in London in 1969, aged just 16. He built his up to five stores, all of which closed in 2020 with the company focusing purely online.

Plus-size clothing retailer closed all remaining five UK stores in 2020. This was one of many brands under the Arcadia group who have suffered the same demise.

All remaining 23 stores in the Department Store chain closed in 2020. It was the largest department store chain in Dorset.

Other closures included Brighthouse with 240 store closures, DW Sports, J Crew and Feather & Black. Many more retailers are expected to close during 2021.

Treasury officials are looking at options for an online sales tax in response to the massive increase in internet shopping. Rishi Sunak is determining ways he can target companies who have done well out of COVID times, in order to help pay the UK Government back.  The Online Tax is being considered as part of the review of business rates, following an initial consultation last year.

UK Giant Tesco is calling for a sales tax of one per cent to be levied on online-only competitors. This would include the likes of Amazon. Ken Murphy has pleaded with the Chancellor for a ‘level playing field’ on tax. During the pandemic, retailers have not had to pay property-based business rates since last March 2020. This holiday period comes to an end and taxes are due to start again in April 2021.

It is reported Supermarkets including Tesco and Morrisons have had £1.8bn business rates relief so far. There is a call for business rates to be reformed or even scrapped to preserve jobs in local shops. Arcadia Group, who have recently entered administration, would have had to pay £91 million in business rates on its 444 stores in 2020.

Amazon are vehemently opposed to any additional online taxes. They pay significantly less in business rates than British bricks-and-mortar retailers. The online giants report UK 2020 sales of $26.5 billion, an increase of 51% from $17.5 billion in 2019.  Amazon will pay just 0.37% of its retail sales to business rates (£71.5m). This is less than the Arcadia Group who report significantly less sales.

Amazon will argue it pays all other relevant taxes and has pumped investment into the UK economy. This includes creating thousands of jobs across the UK.

We wait with anticipation of the results from the 2021 Budget. We will present our findings here in March. If you would like any advice on your Tax Affairs, Kinsella Tax are the Tax experts. If you have any form of investigation and would like help or advice, call Kinsella on 0800 471 4546.