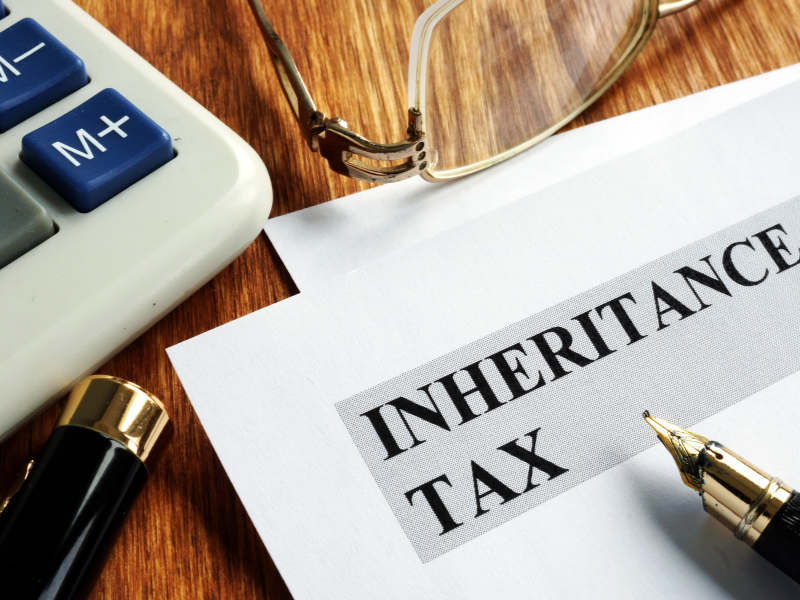 House prices have increased significantly this year, despite the global pandemic. People have been reassessing their needs during the pandemic, which has triggered an increase in both supply and demand. The Stamp Duty Holiday has certainly helped stimulate the housing market. On the flip side, there is a possibility this has helped create a false economy with house prices going beyond their actual value. Here we look at the impact on rising property prices on Inheritance Tax.

House Prices Have Increased by 10.9%

Nationwide have reported the average house price in the UK was £242,832 in May 2021. This is an increase of 10.9% year on year, or £24,000. This is the strongest year on year growth in seven years, driven by the Stamp Duty Holiday and general lifestyle changes.

What is Inheritance Tax?

If a person leaves their family home to their children or grandchildren, this threshold can increase to £500,000. This is due to the ‘main residence allowance’ which is £175,000, which is added on to the ‘nil-rate band’ of £325,000. If a married couple, or a civil partnership, leaves their estate behind, these thresholds can be combined. This means a combined and joint threshold can be £1,000,000.

Freezing of the Nil Rate Band

The nil rate band has stayed at £325,000 per person since 2019. It is set to remain at £325,000 until at least 2026, following the government’s decision to extend the freeze last year. This means it will remain unchanged for the 17 years, not allowing for any inflation or property price increases. It is estimated if the £325,000 allowance had taken into account the consumer price index, it would now be almost £415,000. It is set to rise further before 2026.

The Government did introduce the main residence allowance in 2017 to account for the property being given to children or grandchildren. This does help but many people are going to be hit by inheritance tax due to the continued increase in property prices and the freezing of the nil rate band. The increase in inheritance tax received by the Government since the nil rate band is a testament to this.

Since 2009 house prices have increased by approximately 60%. This means a £350,000 house in 2009 would be around £560,000. It’s important for people to know how the increase in the value of the home, is having on the potential impact of inheritance tax to be paid.

Importance of Inheritance Tax To The Government

In the 2009/10 tax year, the government reported inheritance tax receipts of £2.38 billion. This has more than doubled to £5.33 billion in the 2020/21 tax year. These figures are stark evidence of the importance of inheritance tax on government funds. Experts predict the government will increase inheritance tax to generate funds to recoup the billions spent to support the COVID pandemic. A Budget is confirmed in Autumn 2021 where this just might take place.

Give Your Assets Away

These are especially useful when the beneficiary is too young; is incapable of managing the money; or is going through divorce or bankruptcy proceedings. You can stipulate who receives the gift and what they do with it. There is also the option of making the gift whilst also benefiting from any ongoing income gains.

There are a number of gifts you can give away which are inheritance tax-free. These must be a genuine unconditional gift, with nothing expected in return. These include: –

Make Gifts Out Of Excess Income

You can make gifts out of income that will not reduce your general standard of living. They must form part of normal expenditure and if so, will be free from IHT.

Pass On Your Pension

Pensions aren’t generally included when inheritance tax is calculated. You can potentially pass on your pension in a tax-efficient way.

Most likely you will have worked hard to build up your assets. This is even more reason to spend it (or at least some if it) and enjoy it!