I need advice on a VAT investigation

The prospect of a VAT investigation can be a stressful one for any business, large or small.

Such investigations are usually instigated by a routine VAT inspection unearthing irregularities or other information which may indicate that there is something amiss with your VAT records.

You might also face a VAT investigation if an associated company is also under investigation and has been found to have any irregularities in their records.

HMRC are able to go back as far as 20 years to reclaim any lost VAT payments due to criminal or civil VAT fraud.

VAT fraud is an extremely serious matter that could lead to prosecution, so you should have experienced and reliable representation from the minute an investigation is opened.

Our team consists of ex-HM Inspectors of Taxes and ex-HM Custom and Excise officers, who are vastly experienced in handling all types of VAT Investigations including:

We will not allow our clients to meet with HMRC during an enquiry unless they are legally obligated to do so. Meetings add additional stress to an already traumatic experience.

Our specialists know your rights and we will ensure you are treated courteously throughout any investigation procedures conducted by HMRC. We deal with HMRC on a daily basis and know exactly how they operate.

Don’t suffer with a VAT investigation alone. Speak to the specialists today by calling KinsellaTax on 0800 471 4546.

Don’t be caught out.

This Section makes directors personally liable for the penalty that arises from VAT not payable by limited companies. The trick is the penalty is 95-100% of the VAT so it’s the VAT in another disguise. 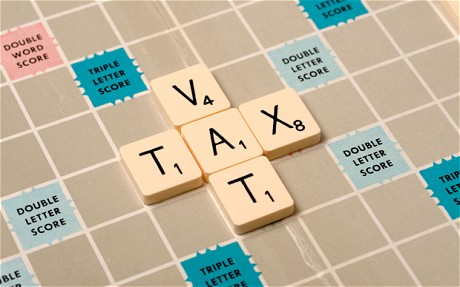 Section 61 gives HMRC powers to seek the penalty, which as I say can be 100% of the original VAT and is normally so, that has been charged to the company to be personally recovered from the directors.

However, the term director is misleading because under Section 61 (6) the definition means any manager, secretary or other similar officers of the company corporate or any person purporting to act in any such capacity as a director, or where the affairs of a body corporate are managed by its members, this section shall apply in relation to the conduct of a member in connection with his functions of management as if he were a director of the body corporate. So there you are – very wide indeed.

How many times have we been consulted by directors whose company has gone under only to find that the penalty, which again is up to 100% of the original VAT, is being sought from the director under VATA 1994 Section 61.  And how many times whilst being interviewed by HMRC do directors make themselves personally liable from how they conduct themselves at the interview (YOU DO NOT HAVE TO ATTEND AN INTERVIEW WITH HMRC).

The Kinsella route is you do not attend interviews requested by HMRC.

Any interviews you attend with HMRC are for HMRC’s benefit – not your benefit – remember that. If you’re going to attend a creditor’s meeting, do come and see us for advice prior to attending that meeting.

HMRC usually send representatives to the creditor’s meeting and at that meeting they are allowed to question the director and the amazing thing is, most of the time that evidence is used to support their application for the director to be personally liable under Section 61 of VATA 1994, and is usually successful.

They only have to show dishonesty and dishonesty in the civil context is paying a VAT bill knowing that it’s not the correct amount of money, it is usually lower than what is actually owed, and that is tantamount to dishonesty in civil terms and that’s sufficient to push their case to the First-Tier Tribunal and get an order.

Many times we’ve had directors who have little or no relationship with the mother company who are summonsed to go in front of the Tribunal and they give evidence saying I’m nothing to do with it, my name is only used, I’m there as status – whatever – and the Judge usually, and quite frankly when I say usually in most cases, says:

“Well I hear what you say and I sympathise with you, but as a director of a company you should have known what was going on and I’m afraid that I can’t accept your explanation as being not liable” and awards the penalty which can be hundreds of thousands of pounds against the director.

So don’t be caught out. This is really where directors are sometimes not properly advised as to what their personal liabilities could be, especially under the VATA 1994.

Get KinsellaTax on your side. Get advice from KinsellaTax. Do not attend interviews with HMRC, come and see Kinsella. Kinsella will deal with all correspondence from HMRC on your behalf. Kinsella will be your sentinel.