What is a COP9 – Contractual Disclosure Facility in the Code of Practice 9 process?

A Code of Practice 9 or COP 9 tax fraud investigation is undertaken if HMRC suspects serious tax fraud has taken place.

KinsellaTax has vast experience in dealing with all types of HMRC investigations and can give you the expert advice and representation that is essential in these cases.

HMRC have recently changed the COP 9  process and introduced the Contractual Disclosure Facility, which now replaces the previous Civil Investigation of Fraud procedures.

HMRC are clear to point out, the facility is only relevant for people willing to admit tax fraud, and isn’t suitable for people who want to tell the taxman about any obvious errors or avoidance schemes where this is no clear fraud.

How many individuals enter into a Contractual Disclosure Facility?

It was reported by The Telegraph, 438 entered into the Facility during the Financial Year 2018/2019.  Of these, a third (148) were entered into voluntarily by the taxpayer coming forward.  It is suggested HMRC generated £95m from these facilities during 2018/2019.  Not all cases opened during the financial year are completed within that financial year, so this figure will more than likely be higher from these 438 individuals. 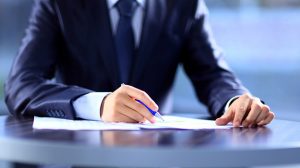 This facility will be offered to taxpayers when HMRC suspect that a tax fraud has taken place. Those wishing to own up to potentially fraudulent activity may also take advantage of the Facility – CDF1 form.

HMRC receive information from a number of different sources. They will, however, not tell you what information they hold or what suspicions they have. It is up to you to make a full disclosure to them.

You must remember that HMRC will not undertake a COP9 investigation unless they have firm evidence that serious tax fraud has taken place.

The Facility is not suitable for those wishing to inform The Revenue of careless mistakes, errors or tax avoidance schemes where tax fraud has not taken place.

There are three options:-

If taxpayers suspected of tax fraud sign the document and own up to the tax fraud, HMRC will promise not to pursue a criminal tax investigation relating to that matter.

The expiry date for accepting the offer and submitting the outline disclosure will be set out at the top of the Outline Disclosure form HMRC will send you. There will be no extension of time under any circumstances.

The outline disclosure should include the following details:-

The information listed above must be included for EACH separate tax fraud committed at any time.

If you do not believe you have been involved in tax fraud, then you can sign and return the Contractual Disclosure Facility denial letter to HMRC. If HMRC verifies and accepts your denial, then they will issue confirmation they no longer suspect you.

However, be warned that if you make a denial and HMRC find that you have been involved, then your case may be referred to their Criminal Investigation team.
The denial letter may be used as evidence in any subsequent court or tribunal proceedings.

Signing the contract before you get professional, specialist advice may have serious repercussions.

KinsellaTax’s team comprises of ex-Inland Revenue and ex-Customs and Excise staff that have years of experience in dealing with serious tax investigations and we can tell you exactly how HMRC will run their investigation.

Call KinsellaTax with your enquiry now on 0800 471 4546 and speak with a Code of Practice 9 specialist today.

Do not – repeat do not – contact HMRC directly. Remember anything you say, even on the telephone, will be recorded and may be used in evidence against you at a later date. Always contact KinsellaTax first if you get a letter from HMRC regarding an investigation or inquiry into your tax affairs, especially when dealing with Contractual Disclosure Facility cases.

An interview conducted as a Code of Practice 9 tax fraud investigation follows a standard pattern. The tax fraud interview begins with the investigator introducing himself and his colleague.

The investigator will add that although there may be a completely innocent explanation for the tax fraud, it is his duty to fully investigate the matter.

At this stage, HMRC will feel fairly confident that they have a case.
They will have conducted a detailed investigation prior to the interview. They will be armed with information which HMRC consider to be damaging.

Both direct and indirect tax matters will be discussed in the interview.

The meeting will be structured so that you (the taxpayer) are aware of what tax is being considered and that each tax is dealt with separately.

Click here to see the ten questions asked in an interview

KinsellaTax will prepare a Disclosure Report on your behalf, including answers to any questions which were not given to the investigator at the time of the meeting.

It is vital that you get an expert in dealing with HMRC tax investigations to deal with your case.

Our tax fraud investigation experts will handle your case, leaving you to get on with living your life.