Mortgage Fraud | Could HMRC stop you from buying a house? 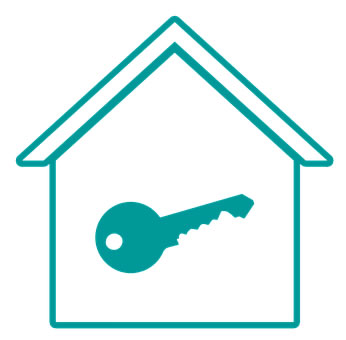 Do Mortage lenders Check With HMRC?

Any potential homeowner who applies for a mortgage could face interrogation by Her Majesty’s Revenue and Customs as part of a new fraud prevention scheme.

The Mortgage Verification Scheme is now in force. This means that meaning that mortgage lenders can pass on details of applicants to HMRC for checking. If mortgage application income doesn’t match tax return income then a lengthy enquiry can ensue. The Council of Mortgage Lenders is working in conjunction with the Building Societies Association and HMRC. They said the scheme: “will help HMRC to risk assess whether the information it has been given on applicants’ tax affairs is correct”.

The scheme, mentioned in 2011’s budget has been launched with the aim of combating mortgage fraud. This is a widespread problem. Some buyers overstate their income in order to borrow more money and buy their dream properties. This can involve forged payslips being produced and is more common amongst those with complex financial affairs and irregular income.

Have You Been Involved In Mortgage Fraud?

The main intention of the scheme is to weed out those trying to defraud the mortgage lenders. However, a spokesperson for the Council of Mortgage Lenders has said that the scheme has “worked both ways”.

“There are people whose mortgages have been approved because of the checks. They can also make lenders more confident” the spokesperson added.

The Mortgage Verification Scheme, which at the moment is voluntary, is supposed to be used only in cases where lenders “reasonably suspect” that mortgage fraud is taking place. With a cost of just £14 plus VAT to refer the applicants to HMRC, it seems to be a good deal. Especially if it stops money being lent to homeowners fraudulently.

“It’s about time something like this happened. So many people borrowed money to buy houses when they couldn’t really afford to repay the mortgages. If only they knew the whole lot was going to collapse like a pack of cards in no time. We’ve seen the result of the banks lending money to people who simply turned up with a letter from ABC Limited saying they earned x number of pounds. When in fact they didn’t earn anything of the sort and they were granted mortgages. At the end of the day, most of those mortgages/properties were repossessed. So yes I think it’s about time something like this happened.  Wholesale fraud was committed in connection with the property purchase business.”

“HMRC is determined to tackle fraud wherever we can. The Mortgage Verification Scheme is an unprecedented opportunity for HMRC and lenders to work together to combat tax fraud in the mortgage industry.”

If your application is deemed to be suspect you will be forced to wait whilst the mortgage company carries out additional checks. Then you have to wait for HMRC to carry out their own tests. HMRC said they have set up a dedicated unit to deal with the Mortgage Verification Scheme checks. However, they are hardly known for their brilliant organisational skills and efficiency! So could these checks prevent you from buying a home? While your mortgage lender waits for HMRC to confirm details?

In reality, if you apply for a mortgage and your details are sent off to HMRC to be checked and discrepancies are flagged, the least of your worries would be losing out on the property! Mortgage

Misstating Income On Your Mortgage Application

If HMRC finds inconsistencies between stated income in your mortgage application and the stated income on your tax return, they may open a self-assessment investigation. If you have provided fake payslips for a mortgage application or lied about your income then HMRC is likely to then launch a full-blown investigation into your tax affairs.  When HMRC finds you have failed to declare part of your income to lower your tax bill or produced false invoices this is mortgage fraud. You should never go through an investigation without strong, reliable representation against HMRC.

KinsellaTax are experts in dealing with fraud enquiries and HMRC investigations.

The stress and worry that an HMRC enquiry brings to your door is astronomical and can have extreme effects on your everyday life and personal and family relationships.